Elite Carpet Workroom boasts the best fabrication and installation team in the business.

With a 6,000 sq. ft. workroom that hosts a 1,200 sq. ft. fabrication deck in Pompano Beach, Elite Carpet Workroom receives in some of the finest woven carpets and floor coverings from the leading showroom galleries around the world,serving the interior design trade.

The company is renowned for its ability to meet the highest standards and most complex demands of design, quality, and service for interior designers who are responsible for providing the finest crafted floor coverings to the most discerning customer. 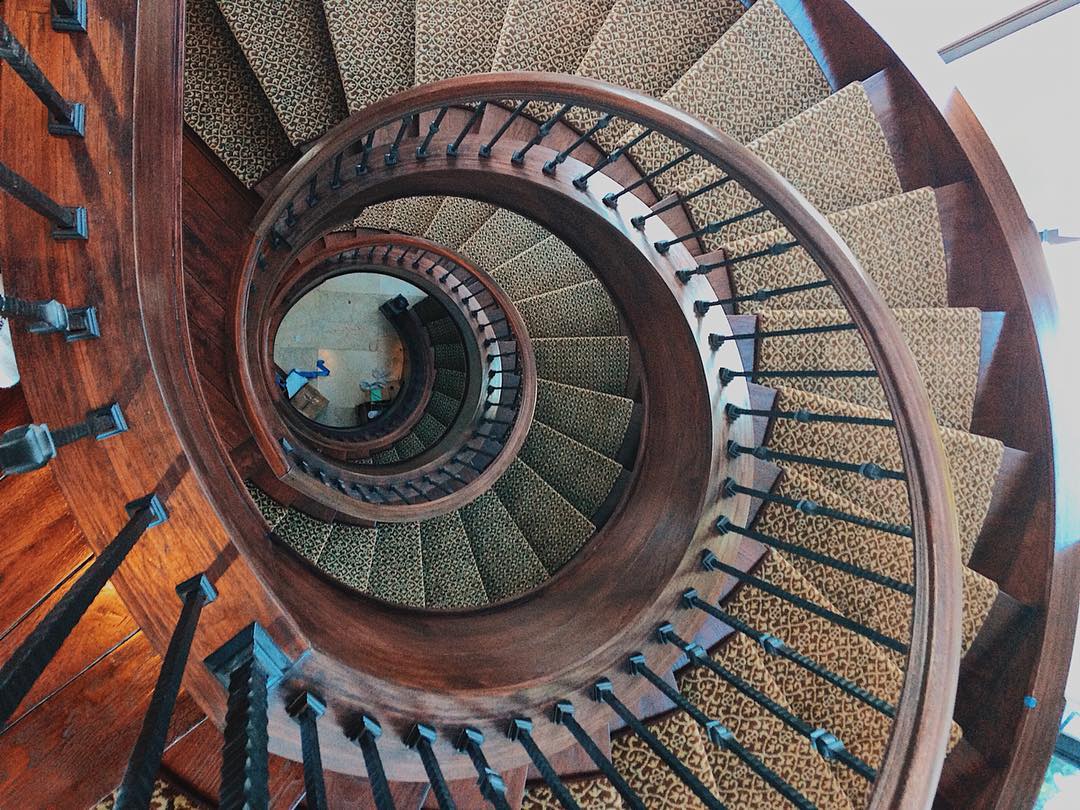 Like so many other professional installers in the 80’s, Michael and his brother John began installing for Nick and David’s Carpet Workroom, a high end custom installation and area rug fabrication business. The owners, Nick Pignatelli and David Krasnipol relocated to South Florida after installing many years in New York. Nick and David’s Carpet Workroom came to be known as the premier place for carpet installers to work and learn the high end carpet trade.

Michael took a job as production manager for another prominent high end carpet workroom. With an eye for design, impeccable project management skills, and a passion for perfection, Michael started creating cut and piece area rug designs,detailed fabrication,and eventually perfected specialty bordered staircases, as well as overseeing and advising others on extremely difficult and complex stairway installations. His keen ability to take straight carpet and manipulate bends where needed,led to the creation of incredible pieces of textile art. Michael became well-known in the industry, top in his field for sewing borders onto edges to make them look like as though they are one piece.

For the next 13 years, Michael delivered high quality work that led to acquiring jobs for many high end showrooms such as, STARK, Patterson, Flynn & Martin, Tai Ping, and Beauvais. As the marine industry began to flourish, Michael played an integral role in securing custom marine carpet installations for many of the world’s most elite luxury yachts. Taking on a life of its own, the marine division grew by leaps and bounds.

In 2006, Michael started Elite Carpet Workroom, Inc., servicing exclusive clients with custom area rugs and high end wall to wall carpet installations for their luxury yachts, aircraft, and homes. When he learned Nick and David were retiring after 30 years in the business, he made them an offer and they accepted. The mutual respect between the three fostered a gradual transition with these two industry pioneers supporting Michael for the next few years in his new business.

Now retired, Nick and his wife Marlene Pignatelli are still living in Florida enjoying their children and grandchildren. David and Lila Krasnipol live in Raleigh, North Carolina with their son, daughter and grandchildren.

Today, Elite Carpet Workroom continues to strive for excellence. Michael has proudly passed on his years of knowledge, skills and talent to the Elite team who are extremely prideful of their work, leaving no stone unturned. Michael and the entire team continue to make sure every measurement, fabrication and installation is perfect and every customer is not only satisfied, but delighted.

As a teenager growing up in Titusville, FL, John helped support his family by installing carpet for with his neighbor. He moved to South Florida and began installing for various carpet companies. With business booming, he brought in his younger brother Michael to help him install and quickly realized he was a natural. Both brothers continued to perfect their craft with John working exclusively for Carpet Connections in Boca Raton, FL for the next 20 years. In 2006, he joined his brother Michael at Elite where he manages crews, measures, builds templates, estimates and consults.

James Patrick Smith (aka “The Stitch”)

In 1995, Jim started working at Nick and David’s as an installer. His interest in fabrication brought him into the workroom where he began learning the trade under the apprenticeship of a very meticulous and knowledgeable carpet craftsman. Jim learned all about woven goods, performing wide binding, hand and machine serging, riveting, sewing borders, miters and more. Considered a seasoned fabricator, Jim has the ability to look at a piece of carpet and know exactly how to handle it for the best outcome.

Julie was born into the trade, with both parents hand sewing carpets for hotels, pubs and clubs in England. After opening their own shop, Julie began hand stitching what they called “27 inch wides” together. In 1990 she moved to Florida and started working at Nick and David’s where she met Michael Bouchard. He was a good mentor, teaching her how to carve carpet, sew borders, miters and develop her rug fabrication skills. Julie joined Elite in 2009.